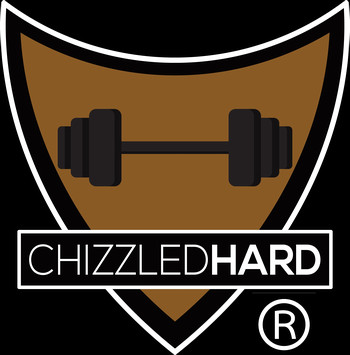 Welcome to my acting website! I am glad that you took some time to take a look at what I have done so far during my Acting Career. I have appeared on Film, Television and The web. I am a SAG/AFTRA Actor born and raised in Los Angeles.

I have a Bachelor of Science degree in Recreation Administration from California State University at Chico, in Northern California. In college I was Special Teams Player of the Year, Starting at Wide Receiver and as the Punt and Kickoff Returner. I also served my country as a M.I. Soldier for The United States Army Reserves. As a Reservist I was voted Distinguished Soldier of the Cycle during my BootCamp Training in Ft. Leonard, Missouri. I then did my Military Intelligence Training in Arizona earning a Top Military Secret Clearance.. SHHH !

After Earning An Honorable Discharge from The United States Army I focused my skills on being a Personal Trainer, Coach and School Teacher. I Taught Middle School Math and Science for Two years and Taught Science and P.E. at The High School Level for Another year.
I also worked as The Strength and Conditioning Coach for The Football Team for Two Seasons at the High School Level. I am currently Certified by The International Sports Sciences Association (ISSA) and have multiple Certifications in Personal Training ranging from Personal Training Instruction to Teaching Fitness Classes, to Strength and Conditioning Training for Athletes.

Acting became a career for me after doing Stunt Football work on the movie "Starship Troopers" Directed by Paul Verhoeven, who also Directed "Total Recall". The sets were huge and I was able to work directly with the Director and Stunt Coordinator. I was given a Cameo in a scene and I've had the Bug ever since. http://www.imdb.com/title/tt0120201/fullcredits?ref_=tt_cl_sm#cast

I have appeared on Television shows such as 24, Sweet Valley High, and GooseBumps. Including Starship Troopers my film work includes working with Samuel L. Jackson in the cult favorite "187".
http://www.imdb.com/title/tt0502225/fullcredits?ref_=tt_cl_sm#cast

I played two characters in "Whole Day Down" Season 2.

Go to : http://www.wholedaydown.tv/ to check out episodes !

Subscribe here to watch me in "Hard Requitals", "IT WAS AN ACCIDENT", and "ConSpirator" : https://goo.gl/KcCzu2

My wish is to continue to have an acting career and would Love to win an Oscar one day! (We all have dreams, Right?!)
When I am not Acting or "trying to keep the world healthy" I enjoy Boxing, playing pool, playing poker, Bike riding, working out, and of course Watching Movies !! I also like all animals. ;)
Since you are here:
Please Like my IMDB page: http://www.imdb.me/richybjacobs and my  Instagram Page: https://www.instagram.com/richyjacobs/
Take some time to view my pictures and links to see my talent ! Acting is my passion and I appreciate you and Thank you for taking the time to read about me.
Richy Jacobs